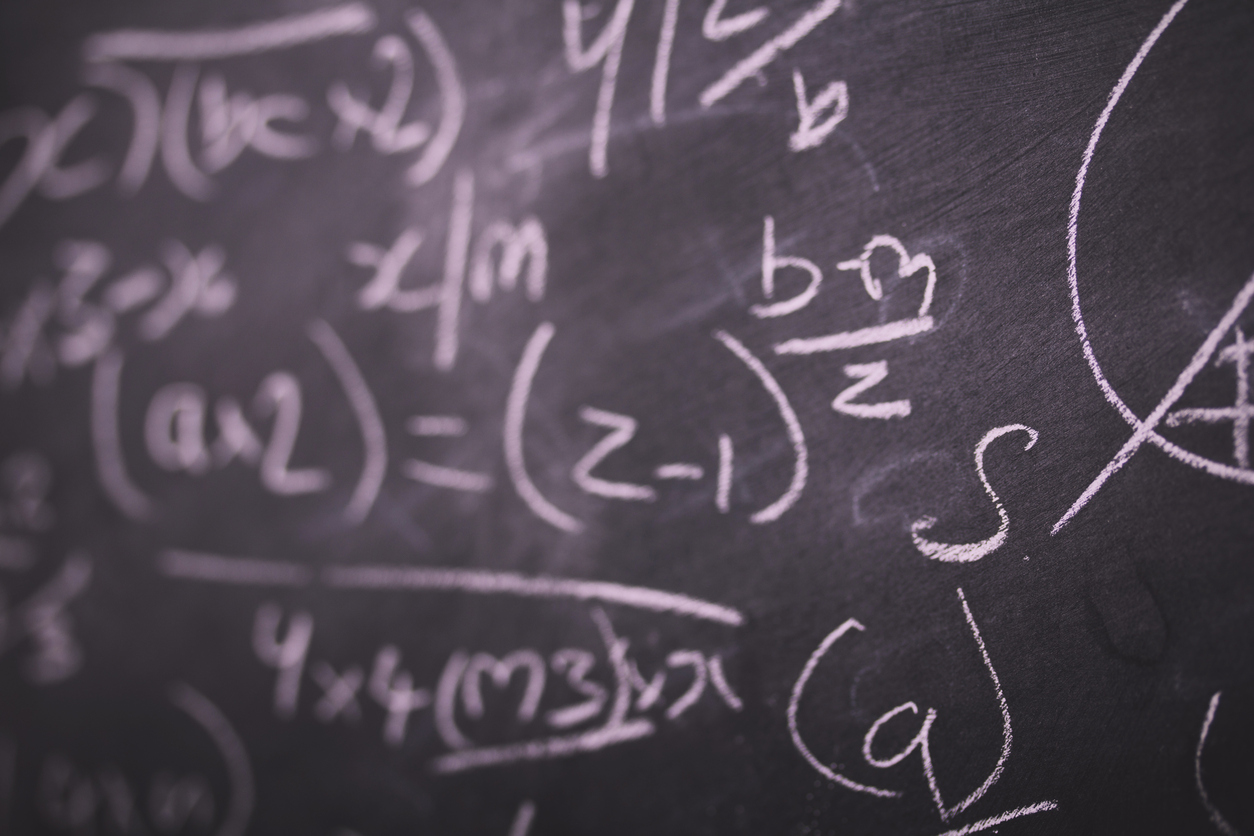 With promises of services such as LedgerX to introduce derivatives such as swaps and options on digital currencies, partially reducing counter party risks with external clearing institutions, its time to dust-off some of the old strategies. Assuming it will be hard to exactly price the derivatives, there should be some arbitrage opportunities.

In my first blog post I’ll be revisiting the put-call parity equation. Blog describes how the arbitrage opportunity works with the American options on stocks. Hopefully we’ll soon be able to get our hands on cryptocurrency derivatives. At that point I’ll be able to amend the blog with the cryptocurrency version.

It has been shown that one can construct two portfolios, one including a put option, and the other including a call option with the same strike K and maturity T, in a way, that their payoff at the time T will be exactly the same. The relationship between these two portfolios is called a put-call parity.
Let us introduce the following instruments:
With these instruments, we construct two different portfolios:
It can be shown that the payoff from the two portfolios at maturity will be exactly the same at all possible scenarios regardless of the price of the underlying at time T. The formula for put-call parity goes as follows:
The difference in price between the two portfolios at any time t < T can lead to arbitrage opportunity. As the portfolios will have exactly the same payout at time T, in such an event, we can buy the underpriced and short the overpriced, take the difference and wait until T, when the long and short portfolio will cancel each other out.
Let’s examine a concrete example a concrete example of Blackstone Group (NYSE: BX). On 21.3.2017, and for the strike K = 25, and the maturity on January the 19th 2018 (T = 10 months = 10/12 year) the portfolios stand as follows:
Which adds up to the following prices of portfolios:
In theory, one can buy a portfolio F and short the portfolio P, thus locking in a profit of 0.87$ per share without assuming any risk.

Put-call parity equation holds true for european options and not for the american, which are more widely available. The main difference between the two types is the american’s possibility of early exercise.
It has been shown (Hull, 2015), that the main reason for an early exercise are dividends. Let’s introduce an amount D as a present value of dividends to be paid during the life of an option.
Let’s examine different scenarios, to see when we can expect an early exercise.
Hence, the adapted put-call parity relationship for american type options is as follows (Hull, 2015).
Let’s introduce a function GT(K,t) = PK,T(t) – CK,T(t), which denotes a price difference between put and call of a given strike K, and rearrange the adapted put-call parity equation to the system of two equations:
The area limited by the above mentioned equations can be depicted as follows. Intuitive interpretation of the bottom figure is that the difference between prices of a put and a call relative to a specific strike, should always be in the yellow area. If the price difference is anywhere outside of the yellow area we have an arbitrage opportunity. 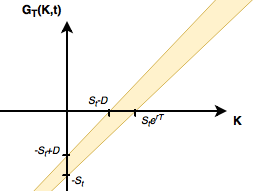 Next we need to introduce transaction costs which occur explicitly or implicitly at various times of the trade.

There are a plethora of online brokers nowadays and in such a competitive environment fee structures can vary greatly. A typical online broker however will charge (1) a fee for opening and closing a position and (2) an assignment fee, which will occur in the event the option we have written gets exercised. Usually the part of the fee will be fixed and another part variable, relative to the value, number of shares, etc.

Then, there is an implicit fee in bid-ask spread, which can sometimes be very high relative to the price of an instrument. Especially for options the spread could be high at times of high volatility, for options with long expiration times or far out-of-the money strikes. It is customary to take the midway between the bid and the ask as the execution price at testing, but with big spreads it is unrealistic. I’ll intentionally exclude the bid-ask spread from the further fee consideration, and will limit to the universe of instruments with small bid-ask spread.

Let’s define a quantity F(s) as a sum of all explicit transaction costs, relative to an abstract notion of position size s. Updating the equations to account for transaction costs yields the following two equations.

The bond leg in the transaction can be replaced by lending or borrowing money. Obviously as an individual you will lend at lower interest rate than the rate at which you can borrow money. Moreover if we replace the t-bills with of example borrowing / lending funds to or from our broker, it can no longer be considered risk-less borrowing, as we are assuming a counter-party risk.

When options prices are misaligned with the put-call parity equation, we might be able to take advantage of an arbitrage opportunity. With the exchange traded stock and vanilla options, such opportunities are rare, and mostly available for long term options, where the profits, that you are able to lock in, are meagre.

Cryptocurrencies look like a new frontier. Nowadays they are traded at fairly low volumes and are very volatile. LedgerX just started offering digital currency derivatives to the institutional investors in October 2017. The volumes during the first days are still quite low and the options spreads very high. Hopefully similar offering will soon be available for the retail investors as well. Then we can start the search for the “bitcoins in front of a steamroller”.